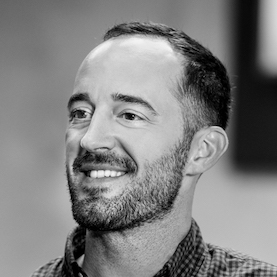 PROVING THE BUSINESS VALUE OF DESIGN

A new awareness of the importance of design has lead to a new trend, with companies snapping up designers as fast as they can. However, hiring a group of designers won’t make a user-centric company culture overnight. This talk will cover how to integrate design into your company so that it has a meaningful impact on company strategy and the bottom line. I’ll focus on identifying opportunities and tackling them, with baselines, KPIs, testing, and communicating with executives.

Rob is a Design Director at DesignMap, a design consultancy that focuses on bringing consumer-level quality of user experience to the complexity of enterprise software. Over his six years at DesignMap, he has worked on companies ranging from startups like Docker, large, highly successful companies like eBay, and companies that made the leap from one to the other, including ExactTarget, now the Salesforce Marketing Cloud. As a Director, Rob is responsible for directing teams as well as art direction, all while setting the standard as an individual contributor.