PIXEL UP! Blog
Should your boss learn to design? 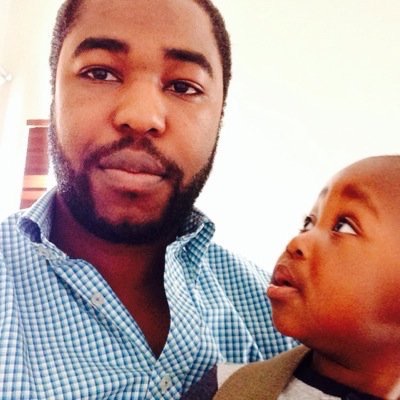 I attended one of Jeff Gothelf’s (@jboogie) workshops in Boston last year at UI20. The room was full of folks like me. Folks who wanted to learn about Lean UX from the literal source. From the guy who co-wrote the book on Lean UX back in 2013.

In the book, Jeff and Josh Seiden talk about Lean UX as an approach to interaction design. They also show how you can use it to improve the way teams work together to make great products. It’s full of practical things that you can put in place immediately to improve how you and your team do Lean UX.

Since 2013, Jeff appears to have shifted focus. He’s moved on to loftier, but related problems that I’ve experienced, but haven’t been able to articulate until now:

“The biggest challenge I’ve seen in my career to building great products and services, has been poor organisational design and management.” - Jeff Gothelf

This quote is from Jeff’s 2016 interview with Austin Knight (@ustinKnight) on the UX and Growth podcast. Early in the interview, Jeff cites organisational design as his “core focus”.

After finding product teams getting sabotaged by bad organisation design and poor management. Jeff and Josh decided to write a new book: Sense and Respond coming out in late 2016. The new book teaches managers “how to leverage technology to build continuously learning organisations.”

In the podcast interview, Jeff argues that talented designers abound. In the last year, we’ve also seen design tools improving and increasing in number. It’s getting easier to turn ideas into digital products. But, if the organisation is not set up to listen and respond to customers, design will only go so far.

For success, design cannot be just a role. Jeff defines success as “having a meaningful impact on customer behaviour”. In organisations that achieve this, design is not a role. Design is a core part of strategy, operations and culture.

Here in South Africa, managers and executives want “UX” in their organisations. I discuss this with my peers all the time. Companies will pay big bucks for it (salaries have gone through the roof in the last 12 months).

Owning the “UX” buzzword adds to corporate swag, so they’ll fight to run the department. But they miss something critical. They believe that they can create great products and services by hiring “UX resources”. By the way, I despise that term.

Yes, we need the right design talent, I discussed this in a previous article. But, the people hiring User Experience designers, need to know their role in the success of a product. Their role is to prepare the organisation to use the customer insights that a good designer will bring to their company.

If you’re South Africa, invite your boss and their boss to Pixel Up! Expose them to the ideas of people who work in design-led, user-centered organisations. Pixel Up! is bringing awesome designers from companies like Facebook, Dropbox and Twitter to one event for the first time in South Africa. These guys work for companies for whom design is a core part of strategy and operations. Companies where, without users, there would be no product.

Your boss will not became an amazing designers after one conference. But they will have a better idea understanding of what you as a designer need from them.

From there, you can both have better conversations. Conversations about how management, and the wider organisation can work together to deliver great digital products.

Farai Madzima, Head of Experience Design at PIXEL UP!
I want to improve how people in Africa think about and make digital products.